User Story Maps (USMs) are great for sparking conversations around new functionality and for creating a shared understanding. With Delibr you can create USMs in any document and quickly turn them into Jira issues. 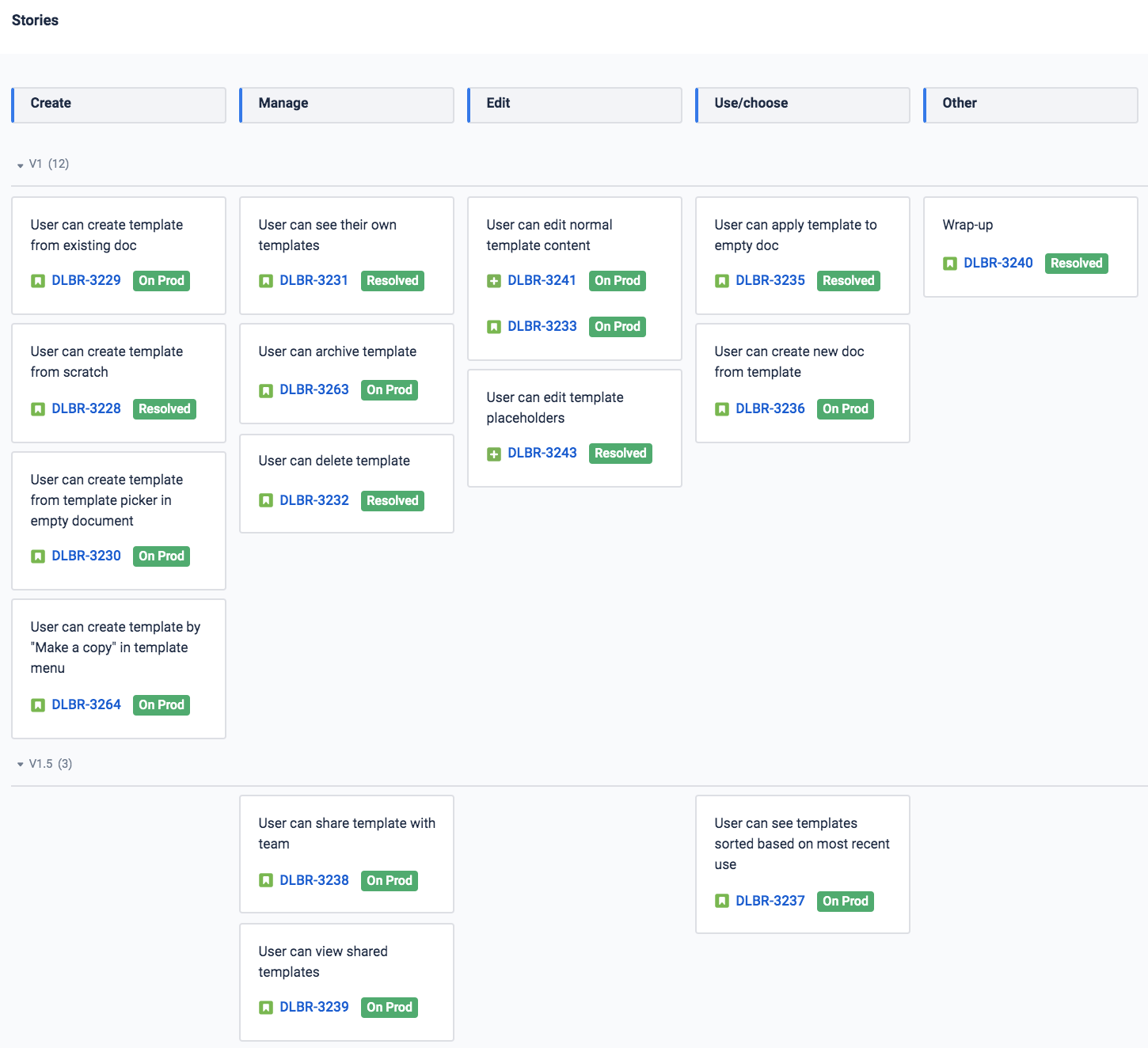 Video on how to create and manage USMs in Delibr:

To create a USM, go to an empty bullet in your document, open the bullet menu (use the "/-command") and find "User Story Map". 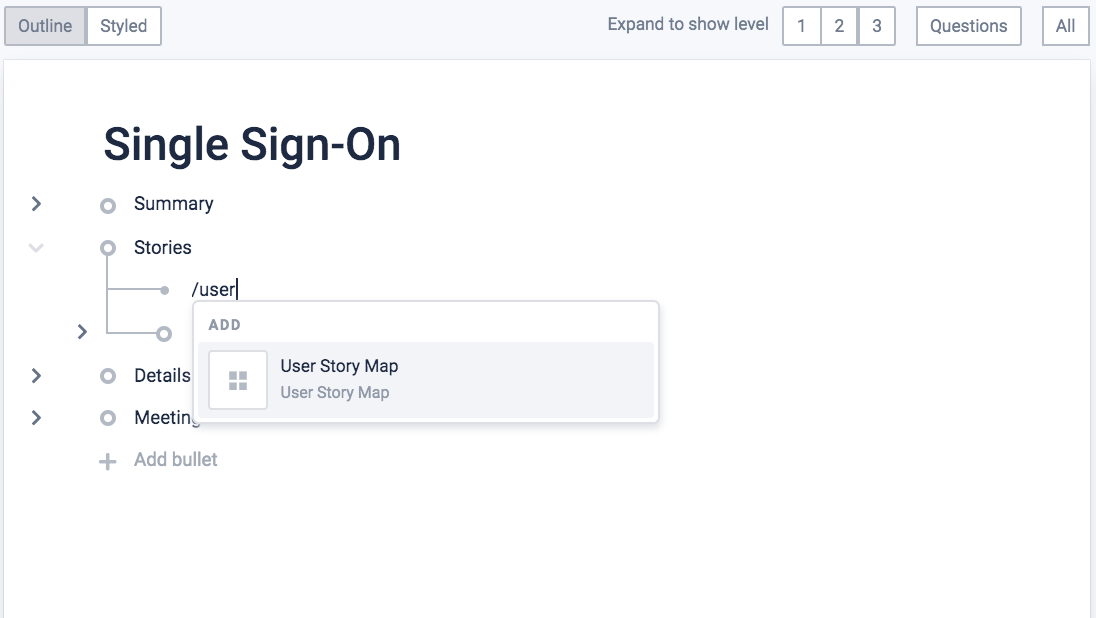 Image 1: How to create a USM

Clicking on "User Story Map" in the image above will create a USM with two columns (Step 1 and Step 2) and two rows (Release 1 and Release 2). 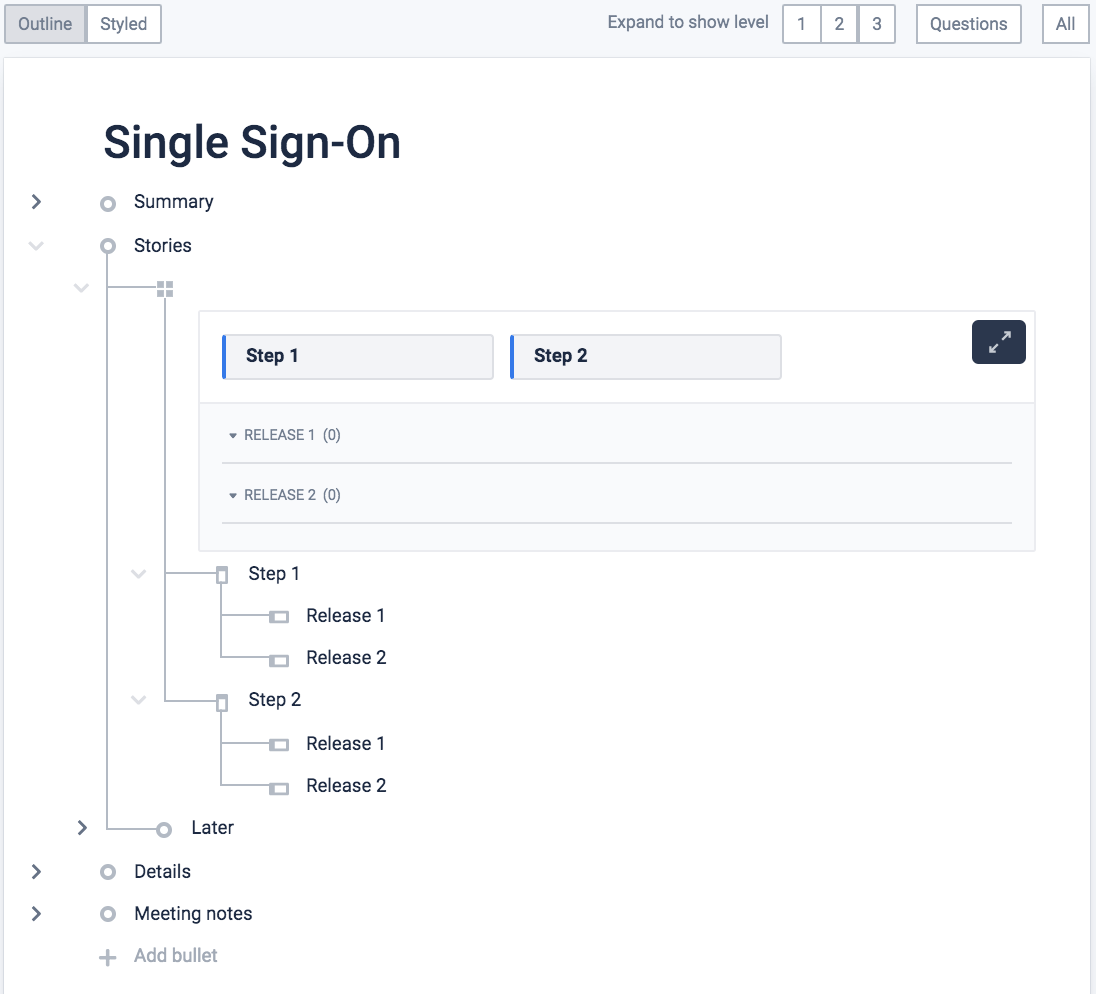 2. Editing columns and rows in your User Story Map

In image 2, directly under the USM, there's two bullets: Step 1 and Step 2. They represents the columns in the USM as can be seen in the bullet icon. Under each column bullet there's two additional bullets called Release 1 and Release 2. These represent the rows, which can also be seen on the bullet icons.

You can change the name of the rows and columns by changing the text in the respective bullets.

You can create new rows and columns by creating new bullets at each level. 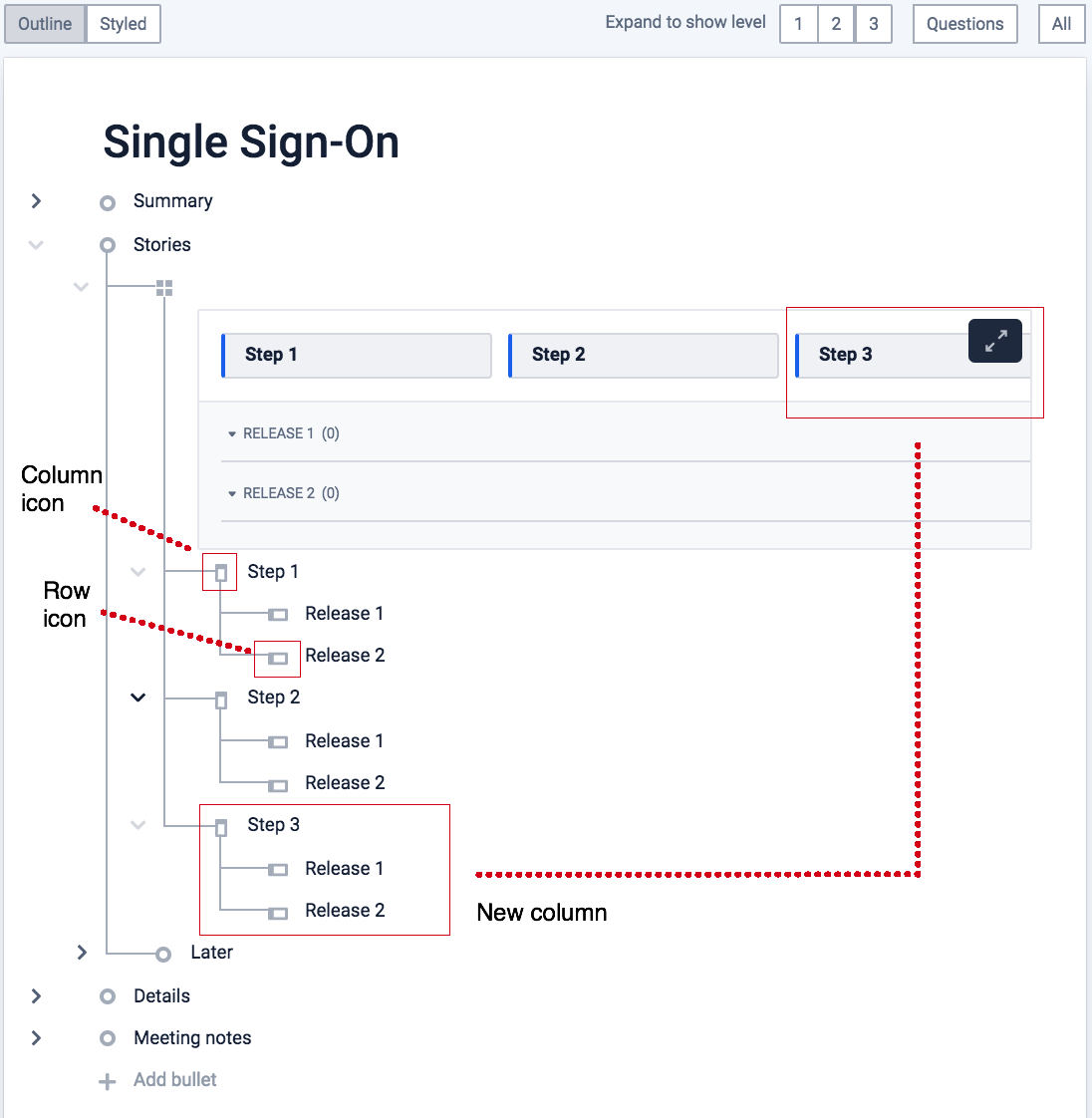 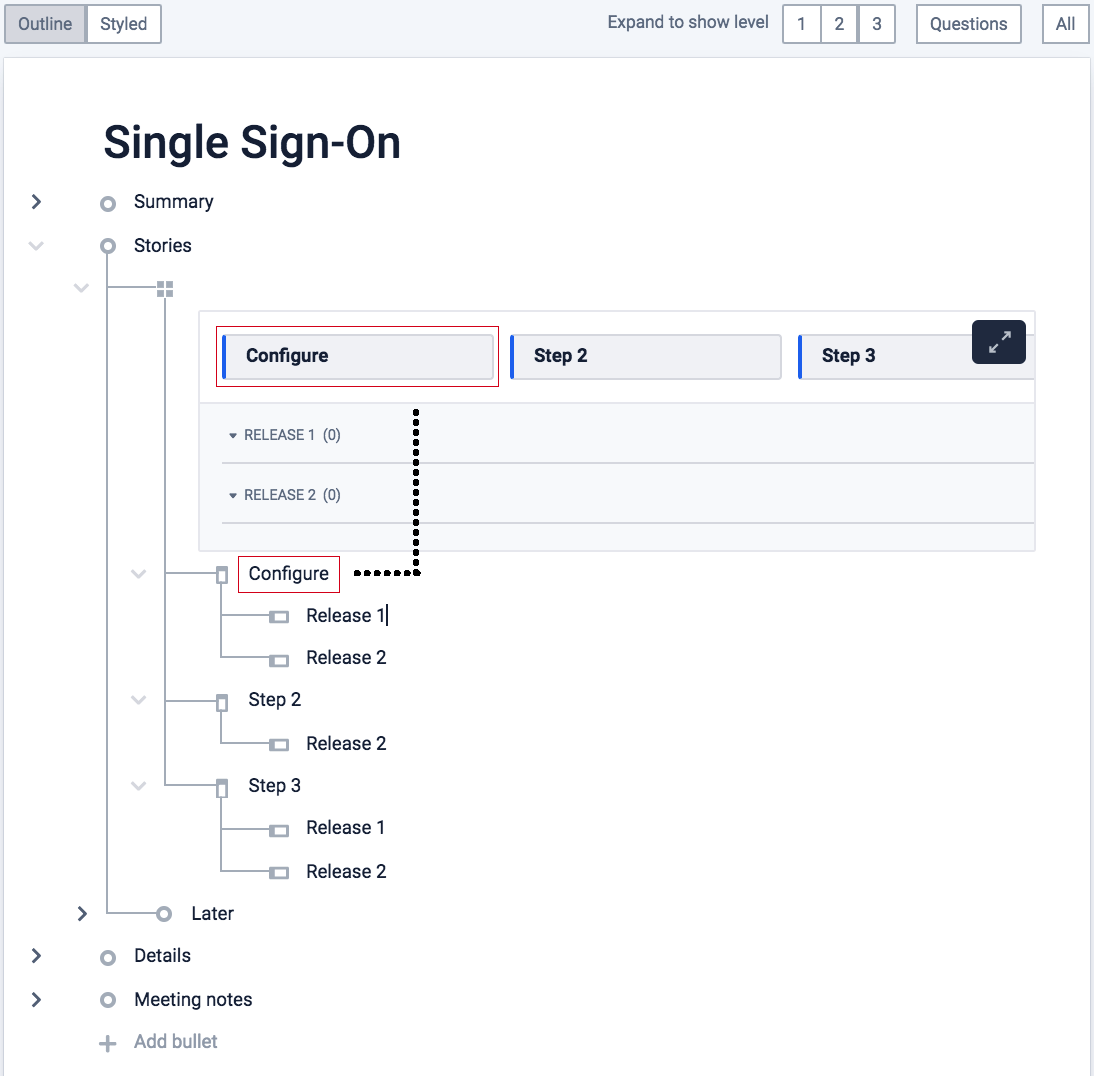 Image 4: USM with the name of the first column changed to "Configure" 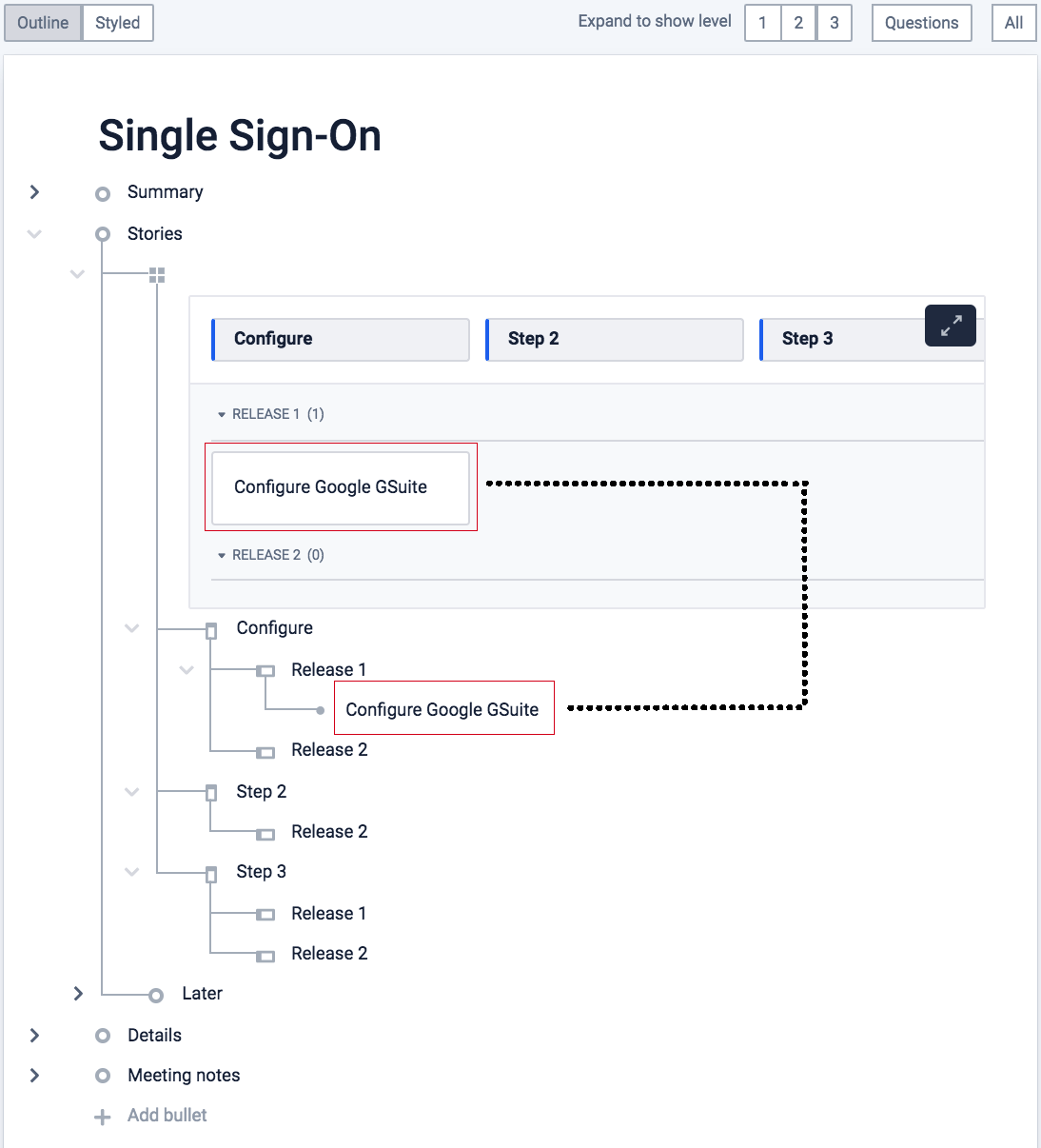 Image 5: A USM with one User Story added to the column "Configure", row "Release 1".

In Ron Jeffries Three C's Framework, the User Story is a Card with just enough text to identify the requirement. Typically you also want to capture the Conversation (decisions and relevant information relating to the Card) and the Confirmation (Acceptance criteria or Definition of Done). In a typically USM there's no room for capturing the Conversation and the Confirmation, because the Cards in the map would grow out of proportion.

In Delibr however, it's easy to capture both Conversation and Confirmation as sub-bullets to the User Story. It doesn't show up in the USM, but you can access it in the bullet structure below (and in Jira). If you click a specific User Story in the map you will zoom in to the corresponding bullet and see all the details. 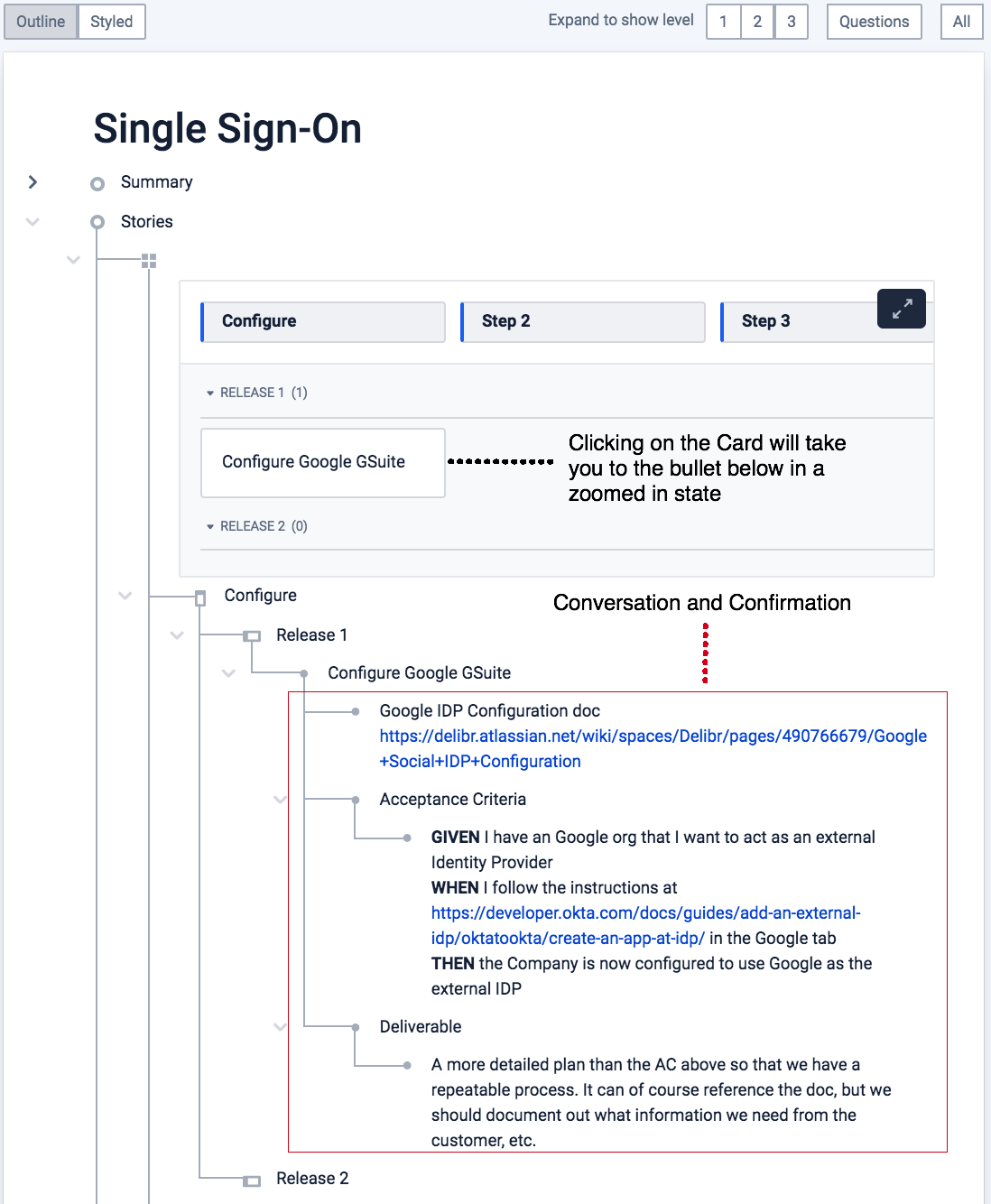 Image 6: A USM with a User Story, including additional information to the User Story as sub-bullets.

There's two ways of creating Jira issues from a USM:

4.1 Adding a release to Jira

To add a whole release to Jira, click on the three bullets to the right of the release in the USM (only visible when hovering). Choose "Send to Jira". This will open up a pop-up where you can choose attributes for your issues before creating them. 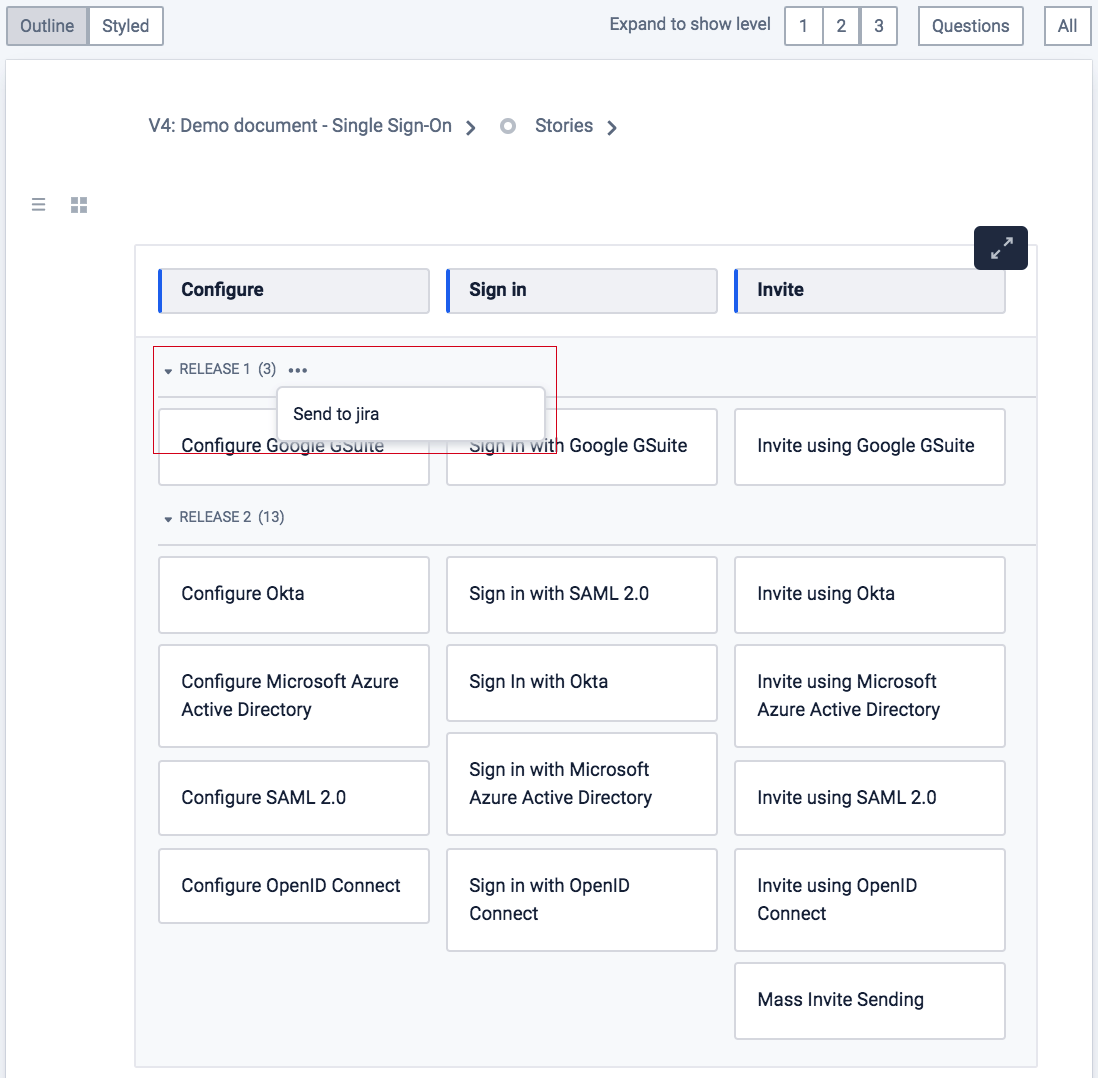 Image 7: How to send a whole release to Jira.

If you don't want to add a full release, you can choose to select one or a couple of User Stories from the bullet tree below the USM and add them individually. 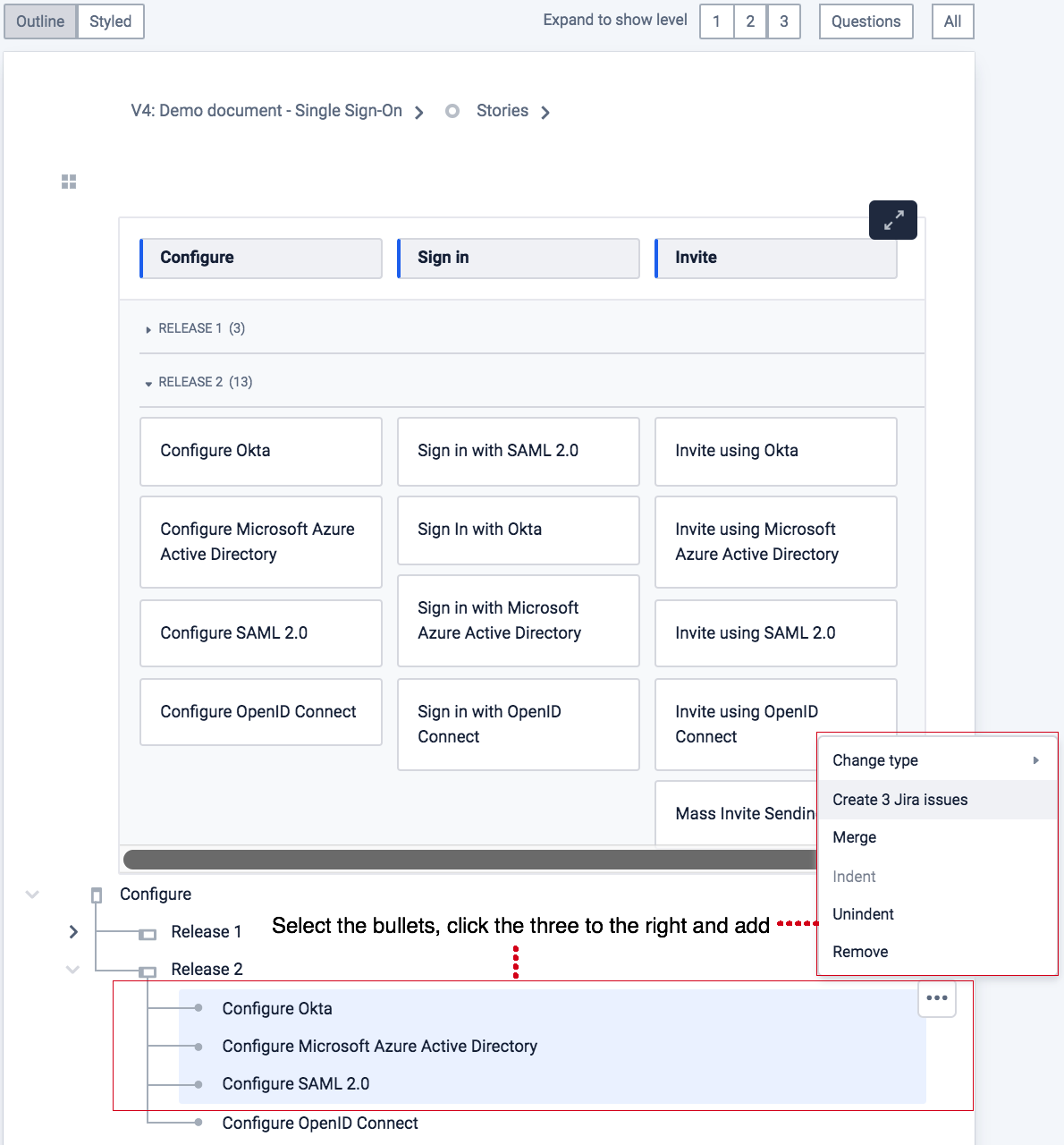 Image 8: How to select multiple bullets and add them to Jira