Delibr is a document editor, similar to Google docs, but specifically made for Product Managers and Product Owners. In Delibr you can create documents that are used for detailing out development work (typically one document = one epic). What makes Delibr stand out is the possibility to quickly create Jira tickets from the document and have them sync in real time. 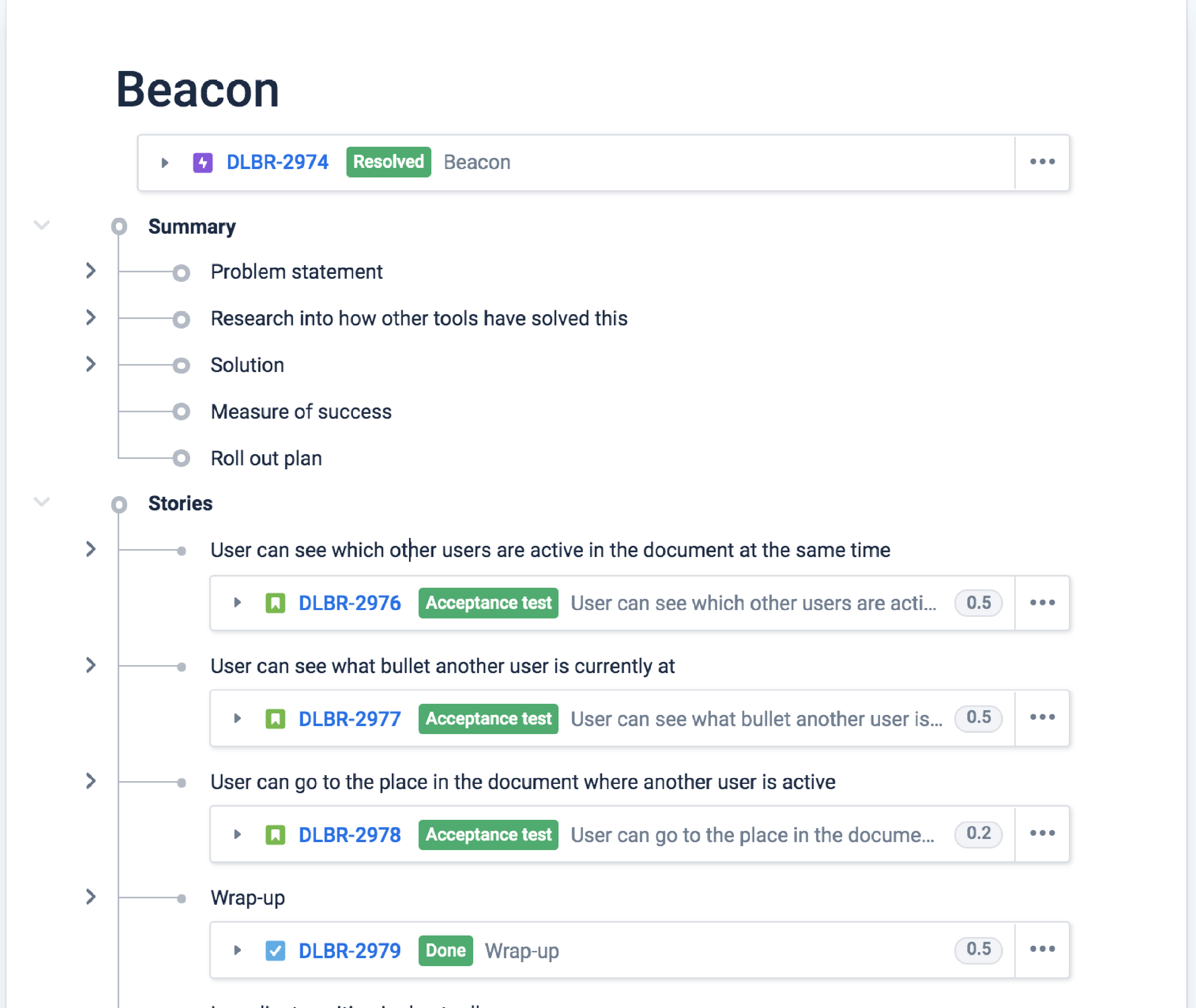 A screenshot of a Delibr document called "Beacon". The document is linked to an epic in Jira with the same name, as can be seen by the link just below the title. It also holds a list of user stories, each linked to a user story in Jira.

The ability to collapse sections makes it's possible to work with different levels of details, aimed at different stakeholders. It also makes sure that your document does not grow out of proportion and become unruly.

We encourage spec writing in the form of questions as we believe a good specification can be simplified to a list of questions and decisions. With “rich structuring” users can add headings, options and pros/cons as well as decisions on the questions. 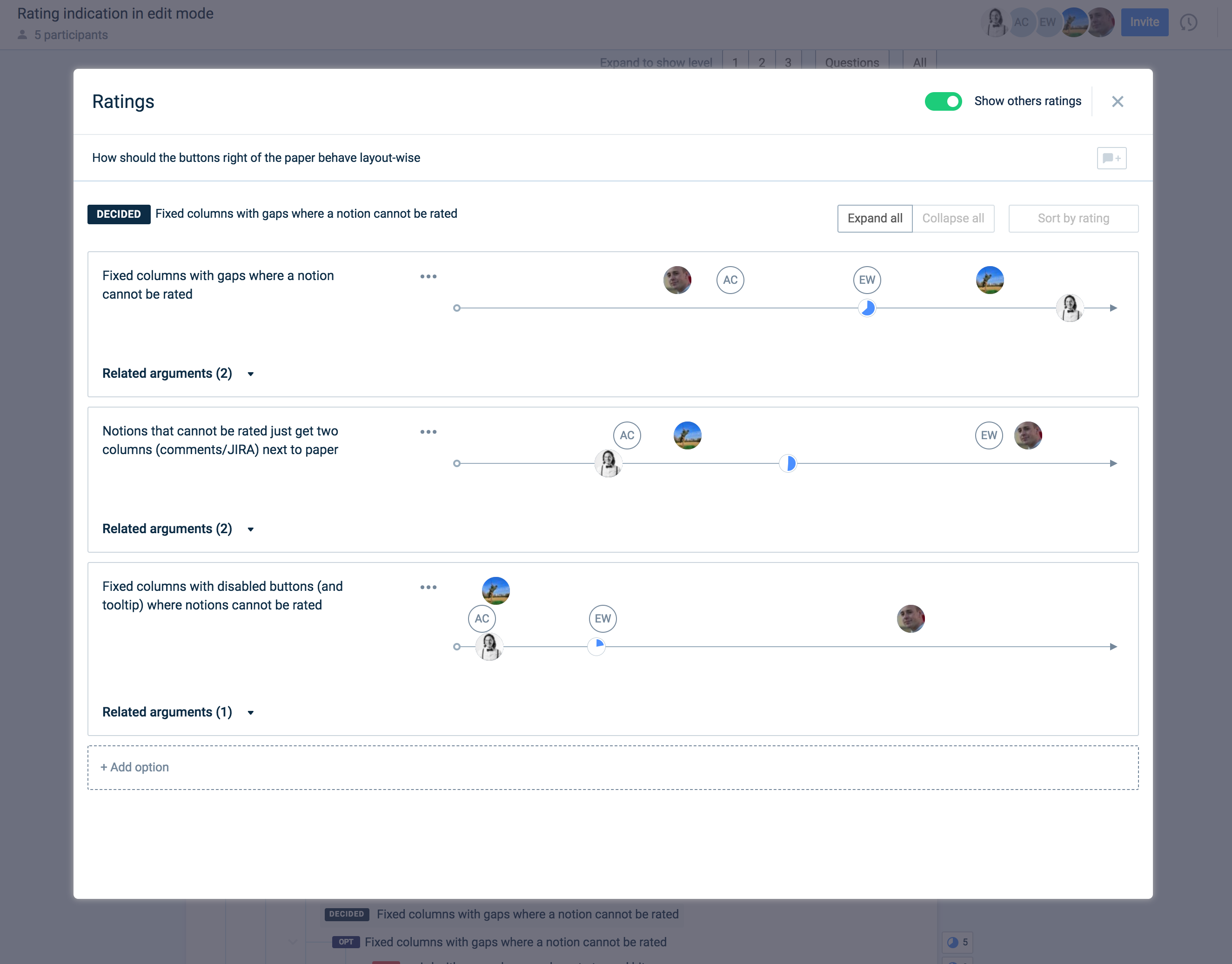 Delibr will keep your feature specs agile during implementation while having the team involved and solve controversial questions on the go in a structured way. No more obsolete specs!